Virtual Machine Manager is the core component of a medium- or large-sized virtualization platform. If you have a lot of hosts and virtual instances , private/hybrid clouds or network virtualization, having highly available VMM is strongly recommended. In this post we will discuss how satisfy all requirements for VMM High availability and set up 2 VMM HA instances.

Prepare your environment for VMM HA

For Windows Firewall (please note I use Domain Profile here):

4) as almost any clustered role in Windows Server, VMM HA is built on the top of the the well-known Failover-Clustering feature and some requirements are similar.

If you move VMM to another station, VMM will not retain the encrypted data. To be able to operate in HA mode, VMM requires Distributed Key Management which stores encryption data in AD DS.

To get it work you need to define the new container in ADDS (adsiedit.msc or PS)

TIP: The account with which you are installing VMM must have Full Control permissions to the VMMDKM container (use adsiedit.msc and security tab)

TIP: you need to create the container in the same domain as the user account with which you are installing VMM

8) Download and install Windows ADK 8.1 with only Deployment Tools and Windows PE features on each VMM host

TIP:  you can download ADK files to a file share and use shared path to install ADK on the next VMM hosts. Timesaver. 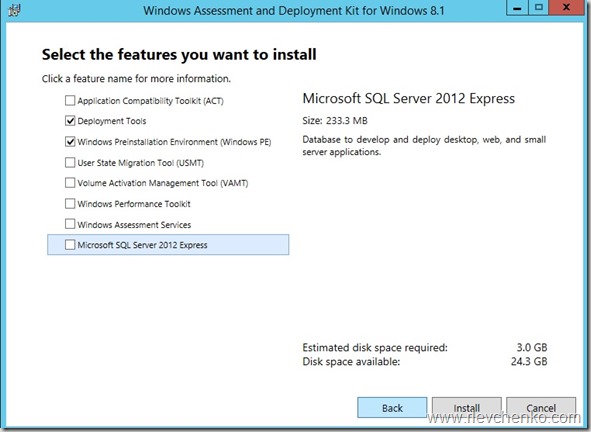 After you created a new cluster and added all of your VMM hosts to one, you are ready to run setup.exe from VMM media.

The steps are the same as for standalone installation. But there are some differences :

Then you need to define

Repeat steps on each VMM host.

Download the latest UR (UR 10 for today) and install it then.

Open cluadmins.msc , go to Roles and verify that clustered role with the name VMMHA was created.

You can retrieve the active node from VMM console as well. Use FQDN of newly created cluster and default 8100 port as for connection string and check Fabric –Infrastructure – VMM Server section

TIP: it’s recommended to install VMM console on the remote station which is not a member of VMM HA cluster

Have a nice datacenter management!

4 thoughts on “How to make VMM highly available”